When the United States lost the race for the Most Offensively Fattest People in the World to neighbours Mexico earlier this year, the Republican Party, far from being furious that America no longer ruled the globe by girth alone, decided that maybe the right to bare forearms without all that disgusting skin hanging down, ugh gross or what, wasn’t such a bad idea so hey, America, we’re gonna save you from your lardy self.

This week the GOP put their plan into action to wean decent, hard-working Americans off their addiction to spanx but there was a huge fuss and people got all mad and instead of being grateful that someone was literally looking out for your fat ass, America, folk got all sniffy about it.

But why else would Republicans in Congress slash the food stamps budget by $39 billion if not to ensure that the 47 million poors who rely on them starve for long enough to get into their skinny jeans?

And for what other reason would Republicans attempt for the 42nd time to defund Obamacare if it wasn’t to encourage millions of lumpy people to lose all that disgusting weight when they fall ill because they can’t afford health insurance or medicines or other stuff that would keep them all bloated and healthy yuk you lot make me sick.

And hey, the Republicans are surely workin’ it so hard right now so that America might default on its debts and the Government will shut down and millions of workers will go unpaid so that you, Chubster Government Worker, yes you, can totally forget about taking the missus out to the all-you-can-eat-until-diabetes buffet at Olive Garden and stay at home instead with a celery stick and a raft of unpaid bills because we all know that worry is the best diet because Your Republican Party Loves You but loves you better when you are thin.

But ha ha the joke’s on you, America, because it’s highly likely that when the Bills To Gut Your Gut hit the Democratic-led Senate, they’ll be blown away faster than your boyfriend when he sees you getting all nasty and fat again.

Poor, sad, misunderstood Republican Party. Such a shame, when all they are doing is looking out for America’s health and well-being. And – *UPDATE* – now we’re in shutdown! Thanks Republicans! America thanks you for being total dicks.

(I got that right, yeah? Politics is just so baffling!)

But here’s a Thing: it has been scientifically proven that being fat and poor is often better than being dead or maimed.

Just think what the Republicans could achieve if they channeled their raging energies into gun control instead of trying to give Obama the finger. 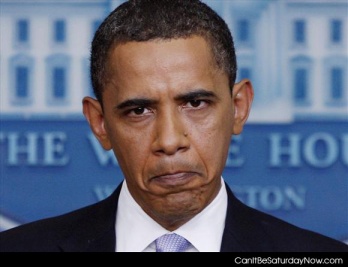 About hebe in dc

9 Responses to We’re Only Trying To Help Poor Fat People Stop Being So Gross, Say Republicans